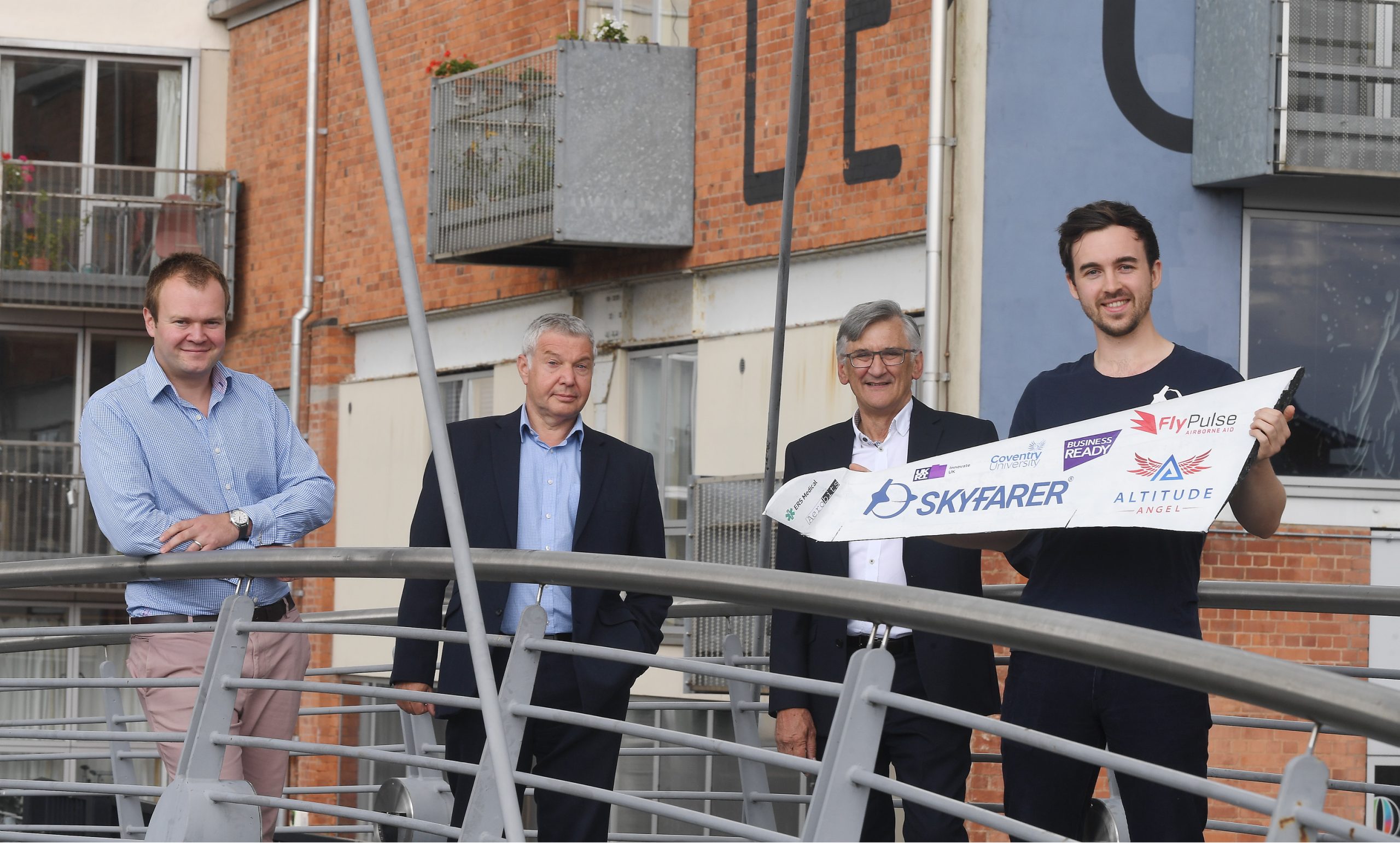 Skyfarer, which was established by Elliot Parnham in 2019 after studying aerospace engineering at university, is looking to establish itself in the drone delivery market.

The company was initially planning to manufacture drones but then pivoted away from that to look at bringing together all of the systems and technology involved in drone flying for commercial uses.

And, after one overseas project fell victim to the Covid-19 crisis, the company looked closer to home which could have both positive business and medical results.

Skyfarer is based in Coventry having been established by Elliot Parnham who studied aerospace engineering at university.

It is aiming to established itself as an expert in drone delivering, bringing together the systems and technology involved in the process.

Elliot’s original plan for the business was to manufacture drones based on the work he had undertaken at Coventry University and a project he had completed that was part of the Institute of Mechanical Engineers UAS challenge.

But after meeting with Business Ready, he pivoted away from design and manufacture as delivery drone platforms are being developed internationally. It became clear that there is a market for a business that brings together all of the systems, all of the technology and the planning required to make the use of drones commercially viable.

“That was an important step to take and the Business Ready support was a big part in that,” he said.

He then planned to be part of a project in Africa that would see supplies delivered to hard-to-reach areas via drone technology.

But travel restrictions due to the global Coronavirus pandemic has seen the company look closer to home and is working with, among others, the NHS on the possibility of using autonomous aircraft to reduce the time it takes to move critical medical supplies to where they are needed urgently.

That includes plasma, blood, organs and samples that could be delivered to locations much more quickly than by road.

The company needs to begin trials and has received a £50,000 grant from Innovate UK – which has led to the creation of one full-time and two part-time jobs – and the firm is also in the process of applying for further funding.

That has helped the company to begin trials alongside the support it has received from Business Ready and will better help to understand the extent to which drone delivery can be used in this way and its limitations.

Elliot said: “The technology is still quite expensive and, until that changes, it will only be viable for high-value items that need to be delivered as quickly as possible – that is why there is such strong potential with urgent medical supplies.

It could also lead to the delivery of pharmaceuticals and PPE which, again, has been highlighted as so important during the current crisis.

“In my view, delivering products direct to people’s doors is still way off because of the limited proven reliability of safety systems required when operating aircraft in dense urban and sub-urban environments, but we can really see the potential for this kind of system in increasing efficiency for urgent delivery.”

Skyfarer is now ready to move to the next stage of its development.

“We can’t be any more specific about the location of our trials in Warwickshire, but they are extremely important in the development of the business and could be a lifesaver for people in the future,”

Elliot said. “The grant funding has been crucial in getting to this stage and Business Ready has helped me to apply for further support and has also worked with me on making the business investment ready by creating a roadmap for growth.

“I’d urge anyone at this stage of their business to get in touch with them.”

Matthew Lawrence, a Business Ready adviser, said: “This is an exciting period for Skyfarer as trials begin.

“We are very pleased to have been able to support the company in its journey so far in helping to identify a potential market as well as funding available. Elliot has worked with one of our mentors, Luke Pulford, and it has been great to see how that relationship has supported the development of the business to this stage.”