Warwick students design a new product – in their holidays! 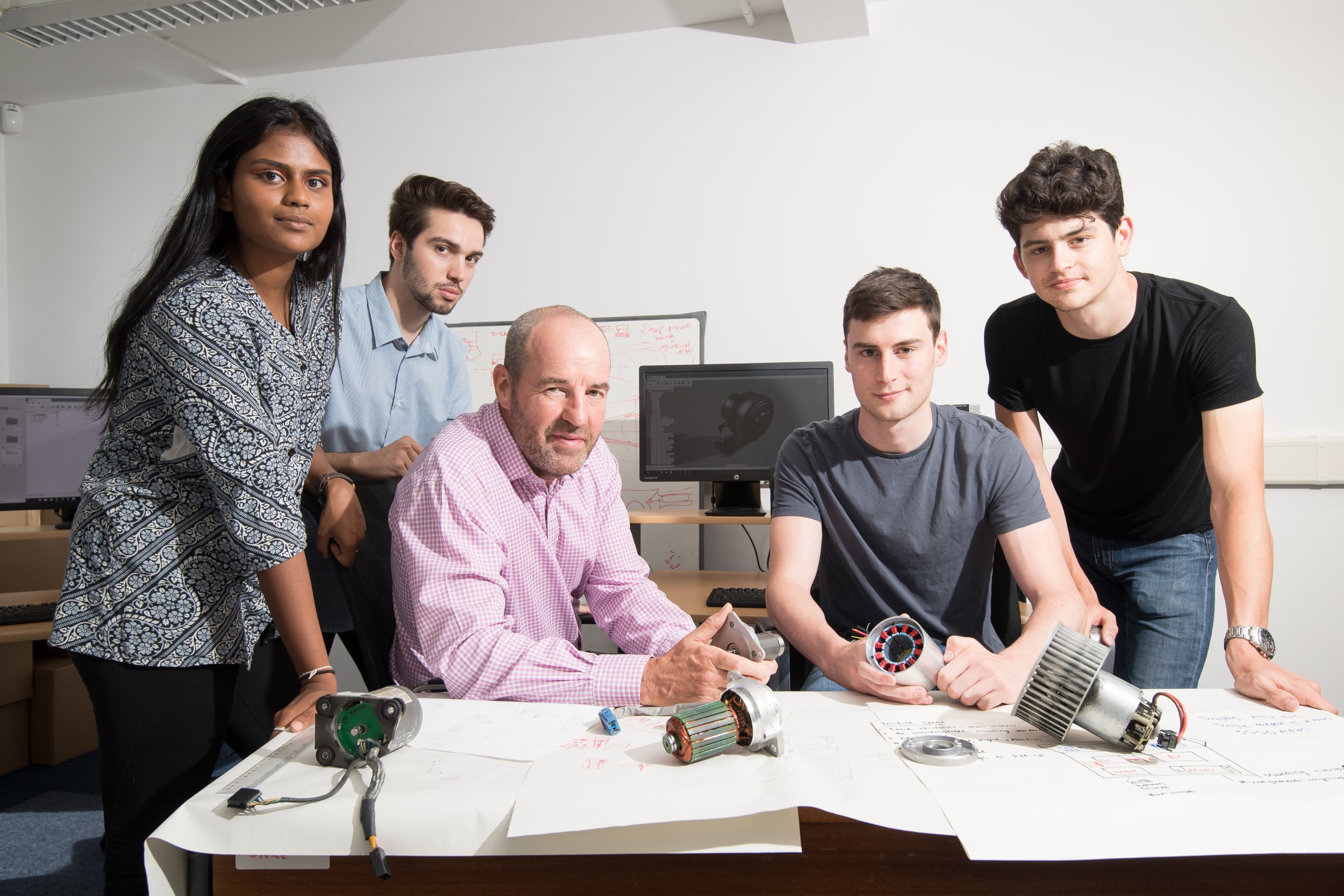 Four University of Warwick undergraduates made the most of their summer holiday – by designing a new product that could change the way electric motors are taught.

FluxSys founder, Dr John Reeve, decided to hire the interns after receiving support from the University of Warwick Science Park’s Business Ready programme as he looks to grow the company he started in 2013.

Three of the students were given a project to design a new testing rig for electric motors targeted at supporting teaching as FluxSys continues to develop its activities in electric drives training  and education, while Diego supported the company on marketing.

The interns spent the summer developing the concept on paper and in CAD and have now come up with a product design ready for first build.

Dr Reeve will be investing in a final prototype which he can take to interested parties this autumn before developing a final product.

He said: “I made the decision that I wanted to grow the business and have been given support by Business Ready and from other organisations too. I wanted to become part of that eco-system where I could learn from others and see what support is out there.

“I was very much a lone consultant previously but wanted to grow FluxSys to a point where we can deliver more services and make a bigger difference as a company.

“When I heard about the possibility of taking on some students as interns, I liked the idea of offering an opportunity to young people to learn something from the business but also the potential for the company to get something from it too.

“There was funding, which was helpful, but we still had to invest time and money too. I’m so glad we’ve done it and all four of them have been fantastic.

“It was a very challenging project that I set them and they rose to it beyond all expectation. Where there was previously just an idea, we now have a well-developed concept and initial product that can be used when teaching students about electric motors.

“We believe there is a market for this product with institutions and what a great achievement for them to be able to include on their CV and, for us as a business, it’s proved extremely worthwhile.”

Chathurya said it had been a great experience and would recommend internships within smaller businesses.

She said: “We all chose to go into a smaller company so we could be challenged and learn a lot more about the real world of work and business.

“We all got a lot out of our time with FluxSys and we are very proud to have developed a product. We hope it helps to lead to business growth for John and his company.”

Ian McFarlane-Toms, Business Growth Adviser at the University of Warwick Science Park, said: “This is a great example of how internships – even in a short space of time – can benefit both the students and the business.

“It’s incredible that they have helped to develop a product that could go into production and will be used to teach students just like themselves in the future.”

Business Ready is delivered by the University of Warwick Science Park and is part of the Coventry and Warwickshire Business Support Programme, which is part-funded by the European Regional Development Fund and Warwickshire County Council.